Coutinho to Bayern according to the German press 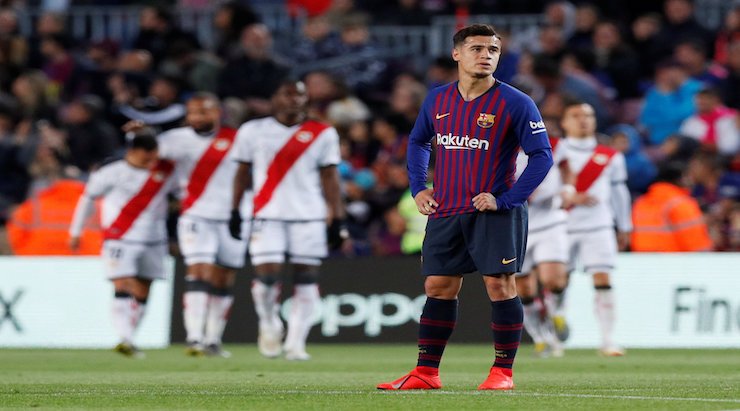 According to German press “Sky Deutschland”, the club from south Germany would still be an option to acquire the Brazilian striker Philippe Countinho for a fee under 90M€.

Barcelona is still seeking for a club willing to integrate its player Philippe Coutinho even if the possibility for him to stay at Camp Nou was already partially accepted.

The Brazilian international forward joined Barça in January 2018 and was at this time the most expensive transfer of the club history for 145M€. However, during the last seasons, the Brazilian deceived Barcelona‘s fans by accumulating mediocre performances on the field. Fans are wishing for his departure.

The complicated part his that Countinho‘s irregularities on the field have been noticed by the other clubs and Barcelona managers know that in order to release the player, they would have to lower their expectations in terms of price. FC Bayern Munich seems quite interested in acquiring the Brazilian.

Not enough room on Barça’s bench

At least, according to the media “Sky Deutschland” this Wednesday, the German team is asking for the Brazilian’s loan for two seasons. Still according to the media quoted, the player, for his part, is not really in favor of the idea of playing in the Bundesliga and wants to finish his contract with the Camp Nou until its official end.

As a reminder, Philippe Coutinho is still under contract with FC Barcelona for the next four seasons. In any case, with the arrival of Griezmann and the possible transfer of Neymar Jr., his playing time will be further reduced. It is therefore for this reason that a start seems to be the best option