Coutinho: “This is not about revenge.” 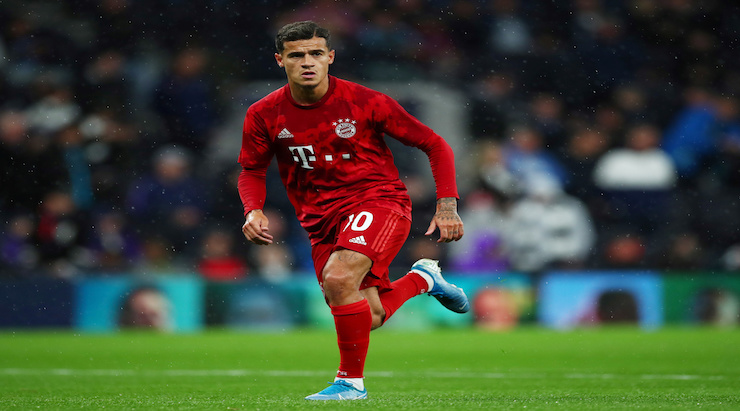 For a long time pushed towards the exit, Philippe Coutinho finally left FC Barcelona this summer. Direction Bavaria where the Brazilian ace is bluffing the watchers. Unlike most recruits who need time to recover their feelings with the teammates, Coutinho is already at full speed. As a result, the Bavarian leaders are seriously considering exercising the call option. In other words, a successful introduction.

“I’m happy with what they give me here and I just want to do my job, I feel more and more integrated into the team, I want to improve again, learn again and again” said the Brazilian after the outstanding victory of Bayern Munich against Tottenham Hotspur in London.

The revival with Bayern Munich

Coutinho said that his revival with Bayern Munich has nothing to do with the ungratefulness he might have felt towards FC Barcelona. “It’s not about revenge, I just want to improve and enjoy football, I’m very happy here.“

Philippe Coutinho arrived Camp Nou in January 2018,becoming the most expensive transfer in Barcelona‘s history. But a season and a half later, the Brazilian decided to change his mind and despite the desire to include him in Operation Neymar, the player preferred joining Bayern Munich, a team with which he recovered all his magic.

“Here, I have received the support of my teammates, technical staff, supporters and journalists from the beginning, which is important for me. The fact that a club as big as Bayern want me is really great.”