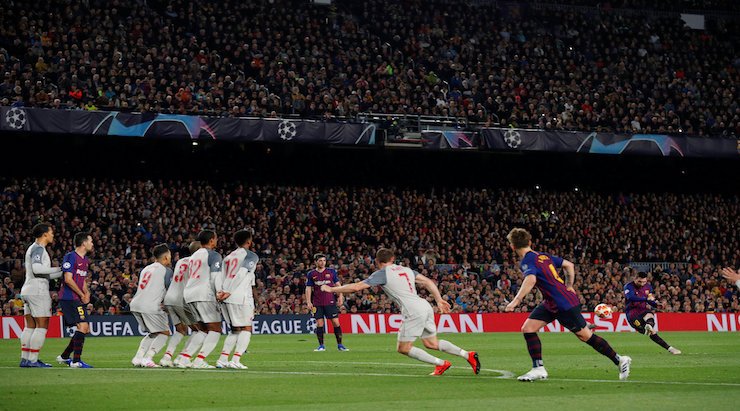 Leo Messi’s free-kick against Liverpool was voted by the fans as the best goal of the 2018-19 Champions League season. Against Liverpool, the Argentinian star fired a powerful shot that Alisson couldn’t stop.

UEFA had already voted this goal as the best goal of the 2018-19 UEFA Champions League on 4 June. UEFA placed the goal ahead of Cristiano Ronaldo’s goal against Manchester United, Arjen Robben against Benfica and Ivan Rakitic against Tottenham.

Last Friday, the fans voted for their choice and elected also La Pulga goals as the best goal of the Champions League. The striking shot from more than 20 meters directly into the top corner is one of the best of Lionel Messi.

Unfortunately, this magical goal didn’t stop Barcelona from being eliminated on the return leg (0-4).