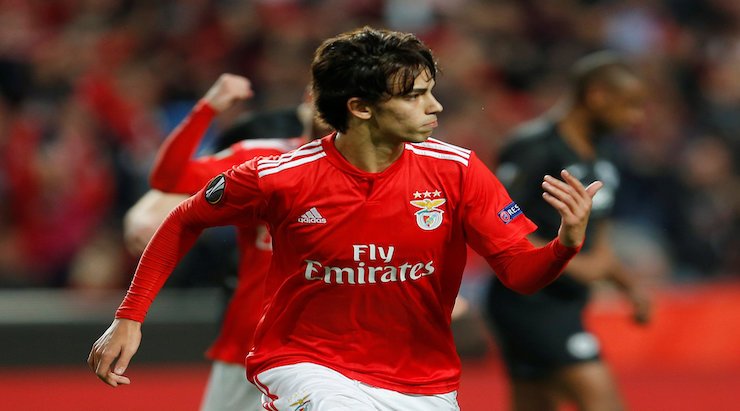 From Benfica to Atletico for 127M€

After a professional season with Benfica Lisbon, João Félix left Portugal for Spain, where Atletico Madrid did not hesitate to drop €127 million in order to obtain the 19-year-old’s player. A huge amount of money that can be explained by the reason that the Portuguese international is the perfect replacement for Antoine Griezmann at this position.

Rui Vitória, the current coach of Saudi Arabia’s team, coached Joao Félix for three and a half seasons at Benfica. During an interview with the Spanish newspaper Marca, Rui Vitória describes the Colchonera prodigy.

“They all have to make sacrifices and improve on their defense. He will fit well into the team structure. His best position is Griezmann’s, behind number 9.”

“A great maturity, an irresponsibility typical of youth.”

When asked about the price of the transfer, the coach stated;

“He has both a great maturity and an irresponsibility typical of youth. I don’t think he realizes the pressure. 127.2 million euros? If Atletico hadn’t paid, another club would have done it. Joao will learn a lot with Simeone”

The coach expressed himself on the patience and humbleness of the 19 years old player, knowing his young player would get a lot of offers.

“I always told him that we were aware of his abilities and that he had to be quiet, that an opportunity would arise and that when he would join this team he would never leave it.”

“He was a humble player with enormous talent. So humble that he passed unnoticed. Joao has the ability to make the best decisions for someone his age. A lot of young people like to shine, but he doesn’t. He always did the right thing. He played like on the street, with joy and no fear, he’ll be at his best.” he concluded.