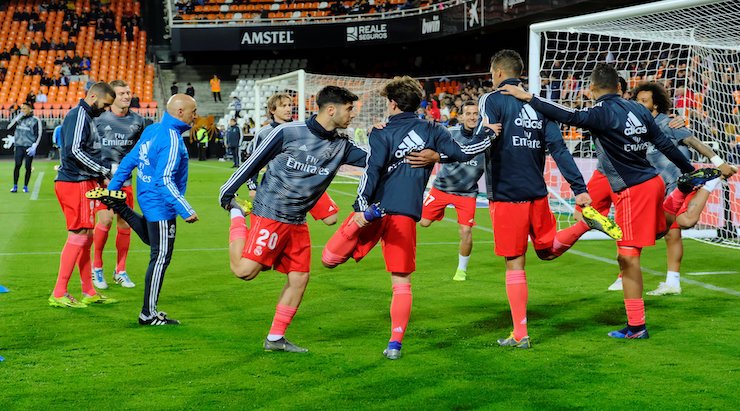 July begins and Real Madrid prepares for the return to serious business. The pre-season begins on July 8, but many will join later, including the players who currently play the Copa America or have played the U21.

Zidane and his Blancos are ready for the new season. Some of the new ones have arrived, and now it is time to work in the field.

Jovic, Hazard, and Mendy are ready to start their new adventure with Real Madrid. For them, it is a very motivating season. Tekefusa Kubo will also do the pre-season with the team A.

Real Madrid will resume training on 8 July. Jovic, Ceballos, and Vallejo will not be present from the first day, as they have participated in the U21 championship and will benefit from additional holidays.

Casemiro, Militao, and Valverde will also return later to Valdebebas. All three players will have competed in the Copa America and will therefore also have additional holidays.

After a week at the training center, Real Madrid will head to the United States, where the merengue club will compete in the International Champions Cup.

During the time on the American continent, the Blancos will compete against several major European clubs. The first match will be against Bayern Munich in Houston on July 21. Then they will face Arsenal on July 24. The main game will be the derby Madrileno against Atletico Madrid, but this time several thousand kilometers away from the Spanish capital. The two teams will meet in New Jersey on July 27.

At the end of July, Real Madrid will return to Spain to start the season of LaLiga. As usual, the Spanish championship will start in mid-August.