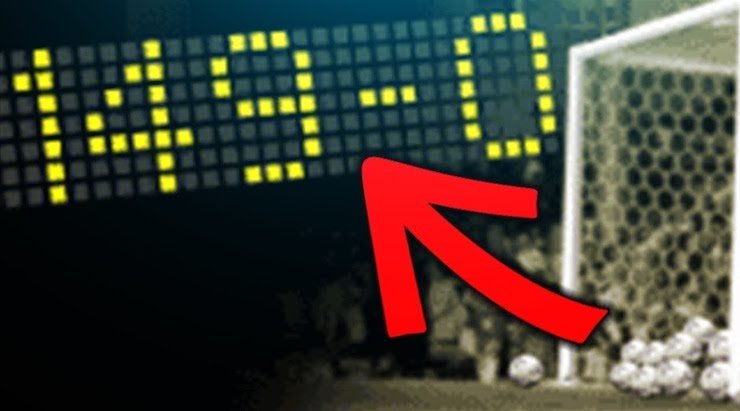 A goal every 36 seconds. This extreme defeat in 2002 in Madagascar can be explained by the fact that the Stade Olympique players decided to score against their own side to express their dissatisfaction with the refereeing process. A few weeks earlier, a referee had broken their dream of qualifying for the African Champions League. The result: a record defeat, and many suspensions for the leaders and players.

After already losing against Tahiti (30-0) and against Fidji (38-0), Micronesia was humiliated once more against Vanuatu during the Pacific Games. 114 goals in just 3 games making them the worst team of History. Fortunately, Micronesia isn’t affiliated to FIFA, so the score is not official.

Pelileo SC and Indi Native, two professional teams, play in Ecuadorian D2. All the field players have found their way to the nets. Forward Ronny Medida alone scored 18 goals. SC Pelileo scored 24 goals in the first half, 20 in the second act. Segundo Masaquiza scored the only goal of the match for his colours.

Already in 1885, extreme scores happened in football. This match occurred in the Scottish championship and is the first record of goals of modern football.

Same score but 130 years later, this times the match occurred in Estonia. On 13 July 2015, Infonet beat amateur side Virtsu 36–0 in a 2015–16 Estonian Cup match, equalling Arbroath’s 130-year-old record for the largest margin of victory.

For the qualification for the 2002 World Cup, Australia beat American Samoa in April 2001 with 31 goals. Archie Thompson scored 13 goals on its own. Two records were established his day: total goals scored and record of goals scored by a player.

In 2007, two clubs are competing for Ghana Championship and the rise in the first division. Nania FC and Great Mariners are fighting for the number of goals score in order to be promoted to the first division. Great Mariners won 28-0 against Tudu Mighty Jets. But Nania Football Club is not done yet and won 31-0 against Okwawu United. The federation of Ghana condemned the four clubs to relegation to the 3rd division for fraud and a fine of 20,000 dollars. Leaders and some players have also been suspended.

In 2000, Koweit is rated 74 in FIFA board, not really a major football team, even though they found worst and defeated Bhutan 20-0 during the qualification of Asia Cup.

During the 1982 World Cup in Spain, Hungary corrected Salvador 10-1 and established a record for World Cup history. Unfortunately for them, Hungary will be eliminated during the first round of the championship.

Not as spectacular as the other scores but definitely a national drama as Brazil was then hosting the World Cup. The Mannschaft scored 5 goals in less than 30 minutes. This score never happened during the Semi-Final of a World Cup and for a football nation such as Brazil, it was a national drama, many tears were running.