Top 10 football players that received the most red cards 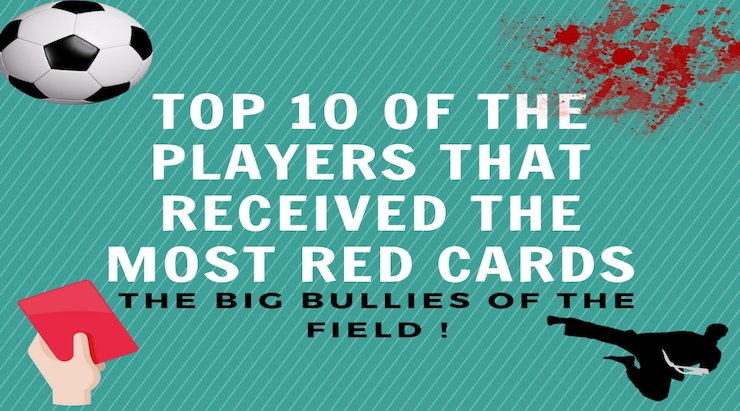 They’re butchers. They are leg breakers. Kung-Fu Fighters. They’re brutal.
Football may be a violent sport and mistakes can be made, but this is about the butchers of football, those for whom breaking the opponent legs is a way to achieve their mission. Here are the 10 worsts of them….

The international player from Chile received 15 red cards over 414 matches. His nickname is “The Pitbull” which seems appropriate…

The French international player, now reconverted as OGC Nice’s coach obtained 17 reds over 759 games and then retired. He was the legendary rival of Roy Keane, a rivalry that led to the famous incident of the fight in the tunnel at Highbury

Pablo Alfaro Armengo is a Spanish central defender that over his career of 418 matches, received 18 red cards and got sent off the field more than 30 times

This Uruguayan defender played for Juventus and won four Serie A, during the course of his career, he received 21 red cards

Another Spanish defender in this top, the Malaga’s central defender received 22 red cards during his career, still not the record in LaLiga.

Another Spanish central defender in this top, the Real Madrid superstar captain whose career is not finished yet is the player that received the most red card in the history of LaLiga with a total of 25 red cards during the course of his career.

The leader of this top is the 43 years old Columbian defender that hold the absolute record of 46 red cards received during his career, he played 49 selections with Columbia national team and won the Copa America in 2001. Bedoya often seemed confused as to whether he was in the octagon or on a soccer field. Gerardo has since started his career as a manager for Colombian side Independiente Sante Fe and was sent off into the stands during his first game. Some people never change…

Some players definitively don’t realize the frontier between MMA and football and try to combine both on the field, breaking legs isn’t always the solution…