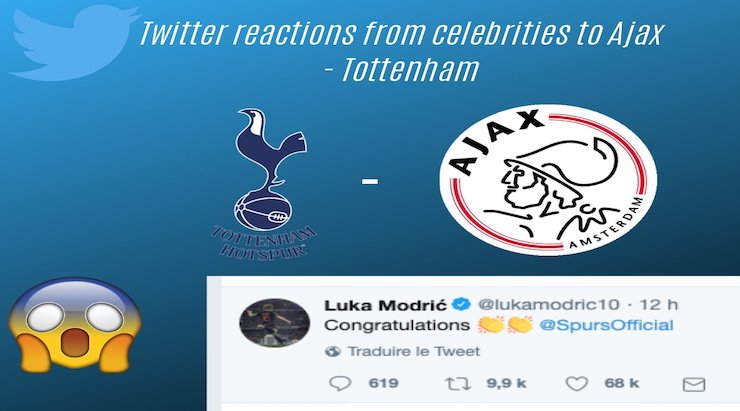 After Liverpool’s incredible comeback against Barcelona (0-3, 4-0), Ajax Amsterdam hosted Tottenham this Wednesday evening for the other Champions League semi-final return (1-0 for the Dutch club in the first leg). At the Amsterdam ArenA, the Spurs followed the Reds’ lead as they also made a comeback, winning 3-2 thanks to a triple from Lucas Moura !

Erik ten Hag (Ajax coach, beaten and eliminated by Tottenham): “I told the players that it’s very difficult to find the right words for a moment like this, and that football can be cruel. That is the cruelty of football that we have to endure tonight, but we will have to continue. We can’t do it in a few hours or a few days, I can’t ask the players, but when you’re so close and the Champions League is so unique and the players all know it. It will take time to move on, but we will have to, we will have to get back on track before Sunday and we will have to be ready. You can’t wait too long or we won’t be ready for Sunday. »

The predictions for the final between the two English clubs can be found here.