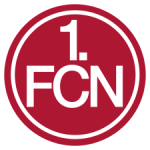 1 FC Nuremberg is currently trained by the German Boris Schommers. The team is currently involved in the Bundesliga (group stage - 33rd matchday) in 18th place with 61% of missed matches. On the other hand, the team was eliminated in the round of 16 against Hamburger SV of the DFB Cup. All in all, three of 33 games were won, 63 goals scored and 63 goals conceded - the majority of them in the Bundesliga. The home arena of the team, the Max Morlock Stadium in Nuremberg, offers enough space for up to 50000 visitors. The widest goal of this season was scored by 22-year-old Eduard Lowen on 23 February 2019 in the 23rd group phase match of the Bundesliga against Fortuna Dusseldorf from 24m distance in the 41st minute.

The 65kg heavy jersey number 21 Federico Palacios scored FCN's latest goal of the current season in the twelfth minute of injury time against FC Hansa Rostock. 1 FC Nuremberg holds the best final against Fortuna Dusseldorf (18/4/11). On the other hand, the outcome against Borussia Dortmund (4/21/36) is the worst in the long run. In away games, the team prefers to play FC Augsburg, as this is where the most successes have happened. In the first half the team tends to be behind. With an average height of 182cm, the soccer players of 1 FC Nuremberg are not shorter than their rivals.

Despite two triumphs and three losses, the 4-3-3 formation is currently the most successful of the team. Regarding the body weight, the mass of the football team with 78 kg tends to be a flyweight, mainly the Croatian double foot Ivo Ilicevic and the 188cm tall German Eduard Lowen fall out. The goalkeepers of 1 FC Nuremberg have made an excellent effort in terms of the stability of opposing shots. Sometimes it happens that a game is sealed shortly before the end of the game, as for example on 18 August 2018 against SV Linx by a goal of the 183cm tall Swede Mikael Ishak in the 88th minute. The 3-0 victory in the 27th Group Phase match of the Bundesliga against FC Augsburg was not a big surprise after 1 FC Nuremberg fought for their biggest lead of the first half of the current season of three goals.

After only 120 seconds the team scored the fastest opponent's direct goal of the current season. This was shot by Kevin Kampl (1899 Hoffenheim) in the seventh group phase match of the Bundesliga. Instead of being a part of the starting formation, several kickers sat on the bench before the kick-off. Fabian Bredlow (goalkeeper), Federico Palacios and Torles Knoll (strikers) as well as Patrick Erras, Timothy Tillmann and Yuya Kubo (midfielders) were the usual players. 1 FC Nuremberg suffered a defeat in the current season in two games (against Fortuna Dusseldorf, 1899 Hoffenheim), although it was led in the first half. In fact, the team has lost 50% of such games, which confirms that the players are too little involved once the win is likely. Although the mass of professional footballers is about 25 years old, the 81kg jersey number 30 Patric Klandt has had the greatest influence on this figure.

In their latest Bundesliga match against Monchengladbach, the team didn't want to take a big risk in terms of order and took advantage of this season's most promising order (4-3-3). In the end Monchengladbach won 4 to 0. The mass of the kickers are right feet. 27 kickers have made it into the starting line-up in the current season. Among them will be central defenders Georg Margreitter and Lukas Muhl, right-back Robert Bauer, midfielders Alexander Fuchs and Ondrej Petrak, right-winger Edgar Salli plus goalkeeper Christian Mathenia. Borussia Dortmund also proved to be the strongest opponent in the home stage, as four triumphs and 36 losses were won by 1 FC Nuremberg. Of the average of 10 shots per game on the square, only 32% actually hit it, the others missed (41%) or were blocked by their rivals (27%). In the fifth group phase match of the Bundesliga against Borussia Dortmund on 26 September 2018, the team suffered the highest inferiority of the current season of five goals.