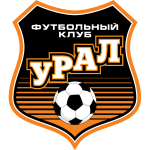 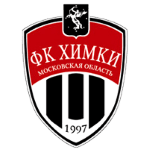 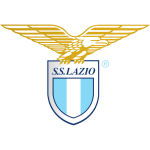 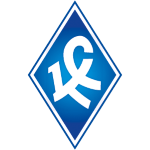 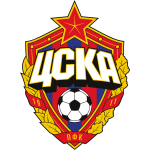 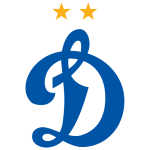 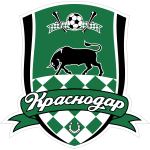 Yury Semin (also) from Russia looks after and coaches the kickers of FC Lokomotiv Moscow. The club is currently engaged in the Premier League (RU) (group stage - 28 th matchday) in second place with 15 won of more than 20 matches. On the other hand, the UEFA Champions League team was eliminated from the group stage of the UEFA Champions League despite only one of six successful matches in Group D. All in all, 16 out of 34 matches were won, 38 goals conceded and 30 goals scored - the majority of them in the Premier League (RU). The RZD Arena in Moscow, the home venue of the group, was built to accommodate more than 27300 people.

FC Lokomotiv Moscow mastered four triumphs in the last ten minutes of play. Particularly unexpected was the 17th group phase match of the Premier League against FC Orenburg on 8 December 2018, in which it was 1:1 until the 34-year-old right-foot Jefferson Farfan scored a goal in minute 81. Despite inferiority in the first half they managed to win such a match against FC Orenburg in the current season. Unfortunately, the selection suffered a setback on 11.12.2018 in the sixth group phase match of the UEFA Champions League against FC Schalke 04 in the last quarter due to a goal by Alessandro Schopf in the 90th minute. Since August, this has happened three more times against FC Krasnodar and FC Orenburg. FC Lokomotiv Moscow managed to win 2:0 against Republican FC Akhmat Grozny on 29 September 2018 thanks to the late goal scored by 22-year-old Russian Rifat Zhemaletdinov in minute 93.

The football team has the greatest success (13/7/4) with the 4-2-3-1 arrangement. Not against every rival could the selection win as many times as against Republican FC Akhmat Grozny (29/14/8). The most statistically difficult opponent is FC Zenit St Petersburg with 15 triumphs, 27 draws and 30 defeats by FC Lokomotiv Moscow. In the current season the group has tried eight different formations: 5-2-3, 4-5-1, 5-4-1, 3-5-2, 4-4-2, 4-4-1-1, 4-3-2-1 and 4-2-3-1. Instead of being in the starting line-up, various football players sat on the bench more often before the kickoff. Anton Kochenkov (goalkeeper), Mikhail Lysov and Rifat Zhemaletdinov (striker), Taras Mykhalyk and Brian Idowu (defender) as well as Dmitri Tarasov (midfielder) were the most frequent. In away games FC Lokomotiv Moscow likes to play against Republican FC Akhmat Grozny, where they had the most successes.

After a disadvantage of two goals, the biggest of the current season, against Galatasaray in the first group stage match of the UEFA Champions League, of course a loss was assumed. In the end, the game ended 0 to 3. The last victory of the team against Republican FC Akhmat Grozny was 7 months and 18 days ago. Since then, the two groups have only met once more. The most recent game took place on 29 September 2018. In the 51 matches since 6 March 2005, the team's points account against Republican FC Akhmat Grozny is 58. In the first half FC Lokomotiv Moscow tends to be both behind and ahead.

Out of an average of 13 shots at the goal per match, only 38% were actually scored, with the remainder missed (39%) or blocked by the rival (23%). The majority of football players are right-footed. Russian midfielder Anton Miranchuk has scored the LOC's fastest goal of the current season in the 28th Premier League group-phase match against FC Rubin Kazan in just 120 seconds. Although the majority of the professional soccer players are about 27 years old, the 70kg Georgian Khvicha Kvaratskhelia has had the greatest influence. With 27 triumphs, 22 draws and 28 losses to FC Spartak Moscow at home, this group is the most difficult opponent there.

With an average height of 184cm, the footballers of FC Lokomotiv Moscow tend to be as long as their opponents. The 3-0 success in the Premier League's twelfth group stage match against FK Yenisey Krasnoyarsk was not a big surprise after FC Lokomotiv Moscow reached their maximum half-time lead of the current season of two points. The goalkeepers in the group have done an exemplary job in holding the opponent's goal attempts. The widest goal since August was scored by the 77kg heavy German Benedikt Howedes on 3 November 2018 in the 13th group phase match of the Premier League against FC Arsenal Tula from 44m distance in the 26th minute. FC Lokomotiv Moscow weighs more than two elephants in total, but 6.5 kg less than the European average. With 95 kg this value exceeds most the 197cm shirt number 01 Guilherme. In their latest match of the Premier League (RU) against FC Rubin Kazan, the team wanted to dare something with the 5-4-1 arrangement (W/D/L: 1/0/1). In the end FC Lokomotiv Moscow won 4 to 0. Saba Kvirkvelia (centre-back), Eder (striker), Guilherme (goalkeeper), Fernandes Manuel and Roman Tugarev (left-winger) plus Grzegorz Krychowiak and Igor Denisov (midfielder) were in the starting line-up this season with 15 other pros.