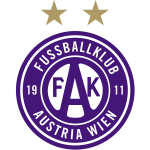 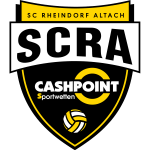 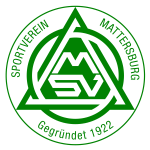 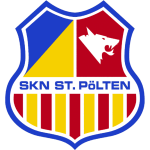 Robert Ibertsberger (also) from Austria looks after and coaches the soccer players of FK Austria Vienna. The Generali Arena in Vienna, the home venue of the football team, was built to accommodate more than 17500 spectators. The club is currently active in the Bundesliga AT (group stage - 22nd matchday) on the fifth place in group Championship Round with eleven successful of a total of 30 games. The majority of the professionals are about 24 years old, but the 66kg heavy jersey number 17 Florian Klein has the lion's share of this value. Not against every opponent could FK Austria Vienna successfully finish as many times as against Wacker Innsbruck (48/20/4). The statistically most difficult opponent is FC Salzburg with 116 successes, 112 draws and 194 failures on the part of FK Austria Vienna.

The last victory of the team against Wacker Innsbruck was on 27 July 2018. Meanwhile there were two more matches. The most recent encounter was on 27 October 2018, when the club secured a 96 point difference against Wacker Innsbruck in 72 encounters over the last 14 years. Sporadically it happens that a match is sealed only starting from the 80th minute, as among other things on 30 September 2018 against TSV Hartberg by a goal of Ewandro 3 minutes before final whistle. The club managed such a victory once again in the current season. After a disadvantage of four goals, the biggest possible since August, against FC Salzburg in the 23rd group phase match of the Bundesliga, they were certainly prepared for a loss. Finally, the match ended 1 to 5.

FK Austria Vienna has suffered a total of four losses in the last quarter of the current season, most recently ten days ago against FC Salzburg after two goals from Xaver Schlager and Hannes Wolf in minutes 86 and 81. The maximum advantage of the first half of three goals was achieved by the group in the 18th group phase match of the Bundesliga against SK Rapid Vienna. In the end, the Austrian club won 6-1. Instead of being part of the starting line-up, several soccer players were sitting on the bench before the kickoff. The most common were Ivan Lucic (keeper), Manprit Sarkaria, Vesel Demaku and Thomas Salamon (midfielder), as well as Ewandro and Lucas Venuto (striker). FK Austria Vienna has failed in the current season two games (against SV Mattersburg, RZ Pellets WAC), although in the first half was led.

In terms of weight, the average of the 73 kg team tends to be a flyweight, influenced mainly by the two-footed Austrian Christian Schoissengeyr and the 190cm jersey number 19 Sterling Yateke. In their latest match of the Bundesliga AT against SK Sturm Graz the selection wanted to risk something with the 3-4-3 formation (W/D/L: 2/3/3). In the end FK Austria Vienna won 3:1. 25 footballers have made it into the starting formation in the current season. They include keeper Patrick Pentz, centre-back Michael Madl and Christian Schoissengeyr, strikers Bright Edomwonyi, midfielders Uros Matic and Thomas Ebner and left-back Cristian Cuevas. The farthest goal of the current season was the Serbian jersey number 08 Uros Matic on 19 August 2018 in the fourth group-phase match of the Bundesliga against Admira Wacker from 21m away in the 54th minute.

FK Austria Vienna has the best result (7/1/4) with the 4-3-3 arrangement. The difference between FK Austria Vienna's smallest (Petar Gluhakovic) and largest (Christian Schoissengeyr) footballer measures a spectacular 24 centimetres, while the average is 181 cm. Despite their inferior performance in the first half they managed to win two such games against SV Mattersburg and SKN St. Polten in the current season. In the current season the team has tried eight different arrangements: 3-4-1-2, 4-1-2-3, 3-4-3, 4-3-1-2, 4-3-3, 4-1-3-2, 5-4-1 and 4-4-2. In FK Austria Vienna 50% prefer to shoot with their right foot.

Only 42% of the 10 goal attempts per match (on average) finally reached the square. In the home arena SK Rapid Vienna proved to be the hardest opponent, as 67 successes and 68 failures were achieved by FK Austria Vienna. In the first half, the team tends to be both ahead and behind. FK Austria Vienna scored the latest direct goal of this season in the fifth minute of injury time against SKN St. Polten. The team's goalkeepers have done an impressive job in keeping opponents on goal. In away games, the team prefers Wacker Innsbruck, as this is where the most successes took place.