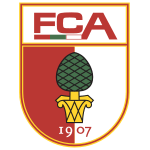 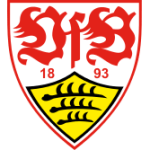 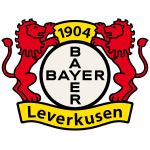 Stefan Leitl (also) from Germany looks after and coaches the soccer players of Greuther Furth. The selection is currently active in the 2nd Bundesliga (group phase - 33rd matchday) in 14th place with 36% of games without wins. However, the club is eliminated in the cupround against Borussia Dortmund of the DFB Cup. All in all, 55 goals were scored, 55 goals conceded and nine out of 33 games won - the majority of them in the 2nd Bundesliga. The Sportpark Ronhof Thomas Sommer in Weiter, the home stadium of the team, was built to accommodate more than 15000 people. Although Elias Abouchabaka and Maximilian Bauer are only 19 years old, Greuther Furth has an average age of 24.

In away games the team meets SC Paderborn 07 with pleasure, since there the most frequent triumphs took place. The 180cm tall midfielder David Raum scored the latest SGF goal since August in the 96th minute against SSV Jahn Regensburg. In SGF's own venue, Borussia Dortmund proved to be the toughest competitor, as no victory and four failures were achieved by Greuther Furth. The 3 to 2 victory in the tenth group phase match of the 2nd Bundesliga against DSC Arminia Bielefeld was no big surprise after Greuther Furth realized her maximum lead of three goals in the first half of the current season. In the team, 13% like to shoot with both their right and left foot.

The widest goal of the current season was scored by right-footed defender Marco Caligiuri on 17 February 2019 in the 22nd Group Phase match of the 2nd Bundesliga against Holstein Kiel from 25m away in the 84th minute. In total, Greuther Furth weighs more than two elephants, but in average even 4.2 kg less than an average European. With 88 kg the 23 year old German Marius Funk exceeds this value most drastically. Although the team were behind in the first half, they managed to triumph in such a match against DSC Arminia Bielefeld in the current season. Recently, the group tried the 4-1-2-3 formation against Erzgebirge Aue in the 2nd Bundesliga, which ended in a stalemate (1:1).

Greuther Furth has the best result (2/3/0) with the 4-1-2-3 arrangement. After 5 minutes the team conceded the fastest opposing goal of the current season. This was shot by Joshua Mees (MSV Duisburg) in the 13th group phase game of the 2nd Bundesliga. Of the average of 11 shots per match at the square, only 39% actually hit it, the rest missed (41%) or was blocked by the rival (20%). The goalkeepers of Greuther Furth have made an above-average effort when it comes to securing opposing goal shots. The difference between Greuther Furth's smallest (Yosuke Ideguchi) and largest (Lukas Gugganig and Richard Magyar) footballers is an impressive 21 centimetres, while the average is 182 cm.

In the current season the football team has tried seven different arrangements: 4-2-3-1, 3-4-3, 4-1-4-1, 4-4-1-1, 4-3-3, 3-4-1-2 and 4-1-2-3. Not every competitor has been as satisfied as SV Sandhausen (14/11/2) in recent years. The most difficult opponent in fact is Borussia Dortmund with no success, no stalemate and four failures on the part of Greuther Furth. The last triumph of the club against SC Paderborn 07 was 3 years and 7 months ago. Since then there have been seven more meetings. The most recent meeting took place on 25 August 2018. In the 39 matches since 21 September 2005, the team's score against SC Paderborn 07 is 38. After a handicap of four goals, the highest of the current season, against Erzgebirge Aue in the 16th group phase game of the 2nd Bundesliga, a failure was to be expected anyway. Finally the match ended 0 - 5.

Greuther Furth has lost one game in the current season (against VfL Bochum), although he was in the first half. Sporadically it happens that a game is decided only in the last ten minutes of play, as for example on August 4, 2018 against SV Sandhausen by two goals of the 188cm jersey number 10 Daniel Keita-Ruel and the German right foot Daniel Steininger in the minutes 89 and 81. The club mastered such a success another four times in August. Paul Seguin, Lukas Gugganig and Julian Green (midfielder), Sascha Burchert (goalkeeper), Richard Magyar and Marco Caligiuri (centre-back) as well as Maximilian Sauer (right-back) were on the starting line-up this season with 15 other players.

Fatalerweise Greuther Furth suffered a failure on 14.04.2019 in the 29th group phase match of the 2nd Bundesliga against VfL Bochum shortly before the end of the game by a goal of Lukas Hinterseer 194 seconds before final whistle. This resulted in two more matches against Borussia Dortmund and Hamburger SV in the current season. The most common substitutes are keeper Marius Funk, midfielder David Raum, strikers Shawn Parker, Daniel Steininger and Fabian Reese and defender Maximilian Bauer. In the first half, the selection tends to lie behind more often.