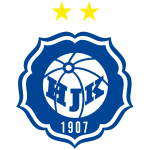 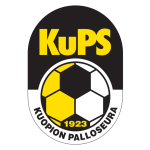 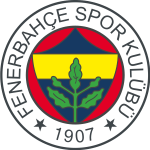 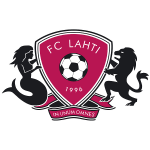 HJK Helsinki's home stadium, the Telia 5G -areena in Helsinki, offers enough space for up to 10770 visitors. The Finnish team is currently being coached by Mika Lehkosuo from Finland. The team is currently in fifth place in the Veikkausliiga (group stage) with only 11% lost matches. On the other hand, HJK Helsinki were eliminated in the second qualifying round of the UEFA Champions League and in the third qualifying round of the UEFA Europa League. All in all, 10 goals were scored, 10 goals were conceded and two of nine matches were won - the majority of them in the Veikkausliiga. In total, the selection weighs more than two elephants, but in average even 7.7 kg less than an average European. At 97 kg, the young Finn Robin Kallman most significantly surpasses this value.

Jordan Dominguez and Anthony Annan (midfielder), Riku Riski (right wing), Klauss (striker), Faith Obilor (central defender), Maksim Rudakov (keeper) plus Rafinha (left defender) were in the starting eleven this season with 18 more kickers. In their latest match of the Veikkausliiga against Seinajoen JK, HJK Helsinki wanted to take a risk with the 3-4-3 arrangement (W/D/L: 0/1/0). In the end both clubs separated with equal points with 2 to 2. Despite one success and only one defeat, the 4-3-3 arrangement is currently the most successful of the football eleven. After an inferiority of two points, the maximum of the current playing time, against NK Olimpija Ljubljana in the undefined. The UEFA Europa League qualifying round match was considered a failure in any case. In the end, the match ended 0 to 3.

The 2 to 1 success in the undefined. The UEFA Champions League qualifying round match against Vikingur Gota was to be accepted after HJK Helsinki had fought for their biggest lead in the first half of the current season with two goals scored. Moshtagh Yaghoubi grabbed the farthest direct hit since August on August 1, 2018 in the undefined. UEFA Champions League qualifying round match against FC BATE Borisov from 22m distance in the 28th minute. As passably as against IFK Mariehamn (35/11/4) the group could not trump against every rival. The most difficult opponent in fact is HIFK with seven wins, seven draws and one defeat on the part of HJK Helsinki. In HJK's own competition venue, Kuopio PS has emerged as the fiercest competitor, with 36 victories and eight defeats brought by HJK Helsinki.

The group mastered to pick off a victory just before the end of the game. Quite surprising was the first group phase match of the Veikkausliiga against IFK Mariehamn on 8 April 2019, in which it stood 0:1 until the 76kg heavy right foot Daniel O'Shaughnessy and the 181cm big right foot Sebastian Dahlstrom in the minutes 90 and 89 scored two goals. The last triumph of the group against HIFK was 3 months and 16 days ago. Since then, both teams have met only once more. The last meeting took place on April 23, 2019. In the 15 matches since March 14, 2015, the score of the football team against HIFK is 11. Of the average of 11 shots per match, only 39% were scored, the rest were missed (38%) or blocked by the competition (23%).

In the first half HJK Helsinki tends to lag behind. The difference between HJK Helsinki's smallest (Evans Mensah and Nikolai Alho) and largest (Robin Kallman) footballer is a spectacular 30 centimetres, while the average is 183 cm. It took 21 minutes for the selection to concede the fastest opposing goal of the current season. This was undefined by Gunnar Vatnhamar (Vikingur Gota) in the. UEFA Champions League qualifying round match. Despite the late goal in minute 92 by the two-footed midfielder Lassi Lappalainen, the team failed to make a positive point difference against Seinajoen JK on 11 May 2019. Although Santeri Vaananen and Vaino Vehkonen are only 17 years old, HJK Helsinki has an average age of 23.

In the football eleven, 25% prefer to kick with their right foot. With a winning probability of 83.87% in away matches against Vaasa PS, this opponent appears to be the safest for the Finnish football team. The most frequent substitutes are goalkeeper Markus Uusitalo, midfielders Eetu Vertainen and Valtteri Vesiaho, defender Kevin Kouassivi-Benissan and strikers Enoch Banza and Filip Valencic. The keepers of HJK Helsinki have done an excellent job in defending against opposing goal attempts. In the current season the team has tried six different arrangements: 3-4-3, 4-5-1, 3-5-2, 4-4-2, 4-3-3 and 4-2-3-1.