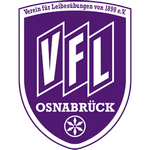 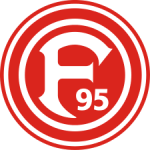 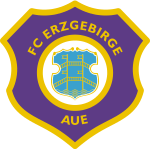 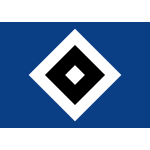 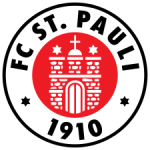 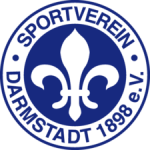 Karlsruher SC is currently engaged in the 3rd league (group stage - 37th matchday) on the second position with only 20 failed out of a total of 37 matches. On the contrary, the team is eliminated in the cupround against Hannover 96 of the DFB Cup. A total of 35 goals were scored, 35 goals conceded and 20 of 37 matches triumphed in the current season. Alois Schwartz (also) from Germany looks after and coaches the professionals of the team. The Wildparkstadion in Karlsruhe, the home venue of the team, was built to accommodate more than 28700 people.

Instead of being in the starting line-up, various professionals sat on the bench more often before the kick-off. Janis Hanek, Justin Mobius and Burak Camoglu (midfielder), Tim Kircher and Alexander Groiss (defender) as well as Edmond Kaiser (keeper) were the main attackers. In their final match of the 3rd League against SC Preussen 06 Munster, Karlsruher SC did not want to risk much in terms of formation and resorted to the most effective formation of the season (4-4-2). Karlsruher SC finally won 4-1. The goalkeepers of the team have done an excellent job in defending against opposing goal shots.

21 professionals have made it into the starting eleven since August. They include midfielders Christoph Kobald and Manuel Stiefler, centre-back Daniel Gordon, left-back Damian Rossbach, right-winger Kyoung Rok Choi and left-winger Marc Lorenz and Sercan Sararer. Karlsruher SC shot the maximum half-time advantage of four points in the 32nd group phase match of the 3rd League against SpVgg Unterhaching. In the end, the German football team also won 4 to 0. Right-footed German Marvin Wanitzek scored KSC's latest goal of the current season in the fourth minute of injury time against TSV 1860 Munich. Daniel Gordon, a Jamaican weighing 85kg, scored the farthest direct goal of the current season on 9 February 2019 in the 23rd group phase match of the 3rd League against FC Carl Zeiss Jena from 23m distance in the 45th minute.

Karlsruher SC could not play as successful as against SC Fortuna Cologne (13/0/2) against every rival. The most problematic opponent is Hannover 96 with two triumphs, two draws and nine defeats by Karlsruher SC. As far as the load is concerned, the team's mass of 79 kg is rather lean, which was mainly influenced by the 33-year-old striker Dominik Stroh-Engel, the right-footed midfielder Burak Camoglu and the 179cm tall German Janis Hanek. The offside is more frequent with the team (three times on the bottom line), with the opponents on average once less frequent per game. It therefore seems to be acting too offensively. With a 75 % probability of victory in away games against Energie Cottbus, this opponent is apparently the most trivial for Karlsruher SC.

In the team, 42% prefer both the left and right foot. Although Malik Batmaz, Edmond Kaiser and Eric Jansen are only 19 years old, the club has an average age of 25. In the twelfth group-phase match of the 3rd League against SV Wehen Wiesbaden on 21 October 2018, Karlsruher SC conceded the biggest disadvantage of the current season of three goals. It took just 184 seconds for the club to collect the fastest opposing goal of the current season. This was shot by Dominik Ernst (TSV 1860 Munich) in the 22nd group phase match of the 3rd league. With a result of two wins, two stalemates and nine failures against Hannover 96 in KSC's own stadium, this group is also the fiercest opponent there.

With an average body height of 183cm, the football professionals from Karlsruher SC tend to be as long as their competitors. The team managed to achieve two successes from the 80th minute on. Very impressive was the 14th group phase match of the 3rd league against FC Wurzburger Kickers on 3 November 2018, in which it stood 1 to 1 until the 83kg heavy double foot Marvin Pourie scored a full goal 10 minutes before the final whistle. Only 38% of the 14 goal attempts per match (on average) finally hit the box.