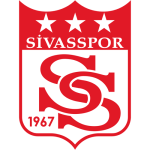 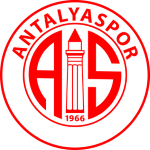 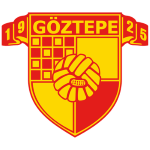 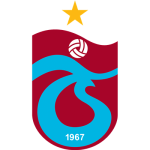 Malatya Bld Spor is currently being trained by the Turk Ali Ravci. The group is currently active in the Süper Lig (group stage - 32nd matchday) in fifth place with 13 missed out of a total of 32 games. On the other hand, the football team was eliminated in the semi-final against Galatasaray of Turkiye Kupasi. A total of 13 out of 32 games were triumphed, 41 goals were scored and 41 goals were conceded - the majority of them in the Süper Lig. The home arena of the selection, the Yeni Malatyspor Stadium in Malatya, offers enough space for up to 27044 spectators.

The team's goalkeepers have done a satisfactory job in keeping the opposing shots on goal. In the home arena, Akhisar Bld Spor has crystallized as the most problematic opponent, since Malatya Bld Spor did not bring out a victory and a loss. The club have suffered exactly one defeat in the final minutes of this season, 106 days ago against Fenerbahce after a goal from Mehmet Topal in the 86th minute. With a winning probability of 88.89% in away games against Galatasaray, this opponent seems to be the least dangerous for the Turkish team. Instead of being part of the starting line-up, several professional soccer players sat on the bench before the kickoff. The main players were Michael Pereira and Mustafa Eskihellac (midfielder), Issiar Dia (striker), Bugra Cagiran and Murat Akca (defender) and Abdulsamed Damlu (keeper).

Malatya Bld Spor can show the most victorious result against Alanyaspor (10/7/4). In contrast, the deal against Basaksehir FK (0/2/7) is the worst in the long run. 27 players have made it into the starting eleven since August. They include striker Khalid Boutaib, goalkeeper Fabien Farnolle, midfielders Mitchell Donald, Murat Yildirim and Sulley Muniru, left-back Erkan Kas and centre-back Arturo Mina. The majority of soccer players rather kicks the right foot. With an average height of 180cm, the Malatya Bld Spor pros are no longer than their rivals. The 185cm tall left foot Eren Tozlu scored the latest YEM goal of the current season in the 95th minute against Buyuksehir Belediye Erzurumspor.

Only 37% of the 10 goal attempts per game (average) ultimately hit the box. In her last match of the Süper Lig against Buyuksehir Belediye Erzurumspor, Malatya Bld Spor did not dare much in terms of arrangement and resorted to the most effective arrangement of the current season (4-2-3-1). In the end Malatya Bld Spor won 3-1. The club has by no means been particularly experimental with its formations in recent months. The club's maximum advantage in the first half of three goals was achieved in the twelfth group-phase match of the Super Lig against Trabzonspor. Malatya Bld Spor also won 5 to 0 in the end. In terms of weight, the team's average of 76 kg tends to be thin, with 31-year-old Turk Murat Yildirim and Beninese jersey number 30 Fabien Farnolle the escapees.

Despite a disadvantage in the first half, they managed to score a positive point difference in two such games against Buyuksehir Belediye Erzurumspor and Bodrum Belediyesi Bodrumspor in the current season. Malatya Bld Spor has the greatest success (11/8/11) with the 4-2-3-1 arrangement. The team managed to secure three triumphs shortly before the end of the game. The Turkiye Kupasi's 16th round against Bodrum Belediyesi Bodrumspor on January 16, 2019 was worth mentioning, with Danijel Aleksic, Danijel Aleksic and Michael Pereira scoring 0:2 in the minutes 80, 83 and 89. The last success of the group against Galatasaray was 6 months and 19 days ago. Since then there have been six more meetings. The last match was on April 2, 2019, and in the 18 encounters since December 17, 2017, the selection secured a point difference of -5 against Galatasaray.