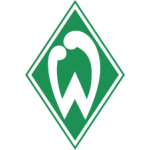 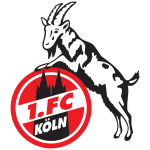 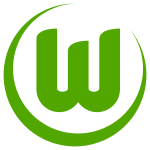 Werder Bremen's home stadium, the Weserstadion in Bremen, offers enough space for up to 42100 people. The selection is currently active in the Bundesliga (group stage - 33rd matchday) on the ninth place with mostly victorious games. On the other hand, the football team was eliminated in the semi-final against Bayern Munich of the DFB Cup. A total of 48 goals were scored, 13 of 33 matches were successfully completed and 48 goals were conceded in the current season. The German team is currently trained by the German Florian Kohfeldt. In the home arena, Bayern Munich has emerged as the strongest rival, with 42 successes and 114 failures achieved by Werder Bremen.

Occasionally it happens that a match is sealed shortly before the end of the game, as for example on 1 September 2018 against Eintracht Frankfurt by a goal from the 73kg heavy right foot Milot Rashica 63 seconds before final whistle. Of the average of 14 attempts on the goal per game, only 41% were scored, the rest missed (36%) or were blocked by the opponent (23%). Werder Bremen has the greatest success (7/5/1) with the 4-1-2-3 arrangement. In the 27th group phase match of the Bundesliga against 1. FSV Mainz 05 the 73kg heavy Kosovar Milot Rashica scored the fastest SVW goal of the current season after only 145 seconds through a cross from Max Kruse. The team achieved the greatest possible half-time lead of four goals in the cup game of the DFB Cup against VfR Wormatia 08 Worms. Finally Werder Bremen triumphed 6:1.

In the current season, the selection has tried eight different formations: 4-1-2-3, 3-5-2, 4-3-2-1, 4-4-1-1, 4-1-4-1, 4-3-3, 4-3-1-2 and 4-4-2. The farthest goal since August was scored by Maximilian Eggestein on 22 September 2018 in the fourth group-phase match of the Bundesliga against FC Augsburg from 22m distance in the 36th minute. Recently Werder Bremen tried the 4-3-1-2 arrangement against 1899 Hoffenheim in the Bundesliga, which resulted in a victory (1-0). The goalkeepers of the team have done a satisfying job as far as the stop of opposing shots on goal is concerned. In total, the team weighs more than two elephants, but on average even 4.5 kg less than the European average. At 64 kg, this value is most noticeably exceeded by the 20-year-old left foot of Jan-Niklas Beste.

With a winning rate of 71.43% in away matches against Hertha BSC, this opponent is apparently the most trouble-free for Werder Bremen. Jiri Pavlenka (goalkeeper), Florian Kainz, Philipp Bargfrede and Yuya Osako (midfielder), Niklas Moisander and Milos Veljkovic (centre-back) as well as Ludwig Augustinsson (left-back) were with 14 other footballers on the starting line-up in the current season. The mass of professional footballers prefers the right foot. The last success of Werder Bremen against SC Freiburg was one year and 4 months ago. Since then, both selections have met five more times. The most recent meeting was on 25 November 2018, when Werder Bremen scored 81 points more than SC Freiburg in 83 meetings over the last 25 years. Unfortunately, the group suffered a defeat on 22.12.2018 in the 17th group phase match of the Bundesliga against RB Leipzig in the last quarter by a goal of Bruma in the 87th minute. Something like this happened again against Bayern Munich since August.

The team holds the most successful conclusion against SC Freiburg (51/14/18). On the contrary, the balance against Bayern Munich (42/30/114) is the most negative of recent years. With an average height of 183cm, the soccer players of Werder Bremen are rather as long as their competitors. The 185cm tall right-foot Martin Harnik scored SVW's latest full goal of the current season in the 28th minute of injury time against Borussia Dortmund. In the first half, the group often tends to secure a lead. The most frequent substitutes are goalkeeper Luca Plogmann, defenders Sebastian Langkamp and Marco Friedl, strikers Claudio Pizarro and Johannes Eggestein plus midfielder Ole Kauper. After a loss of three full goals, the biggest possible since August, against Bayer Leverkusen in the ninth group phase match of the Bundesliga, they had of course prepared for a loss. In the end, the game ended 2 : 6. Although Julian Rieckmann is only 18 years old, Werder Bremen has an average age of 26.