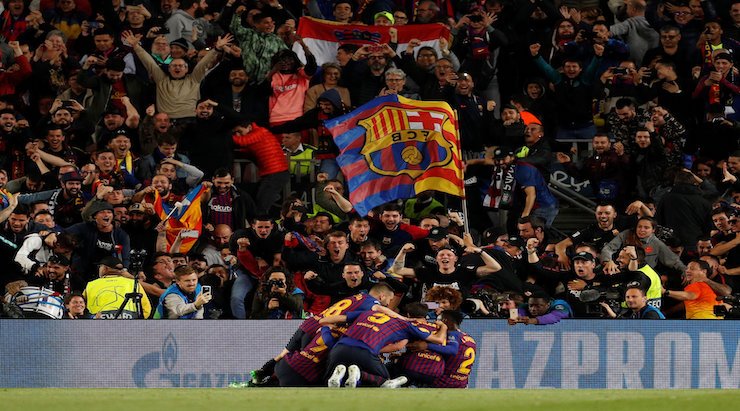 Football isn’t over unless the referee says so. The tension starts from the initial whistle to the final one. Here is our selection of the 10 best last-minute goals that gave us goosebumps!

In order to achieve their dream of conserving the Primeira Liga championship for the third year in a row, Porto needs to defeat Benfica. During injury time, the score is still a draw and as the match is about to end, the Brazilian Kevin shocks the stadium by saving his team at the last moment

Arsenal needs to win 2:0 against Liverpool to win the title in 1989 and prevent Liverpool from winning the championship. As Arsenal is leading 1:0 at the 90′ minute, they desperately need another score. That when Thomas intervene and scores the saving goal at the 91′ making Arsenal champion

Mario Götze offered the World Champion title to Germany by scoring the saving goal at the 112 minutes of the game. The German collected André Schürrle’s cross from the left on his chest before volleying a high left-footed shot into the net destroying Messi’s dream of World Title.

Arsenal is leading 4:2 against Tottenham, the game is about to end. At the 89th minute, Jermaine reduces the score and bring a small hope to Tottenham. At 94′ Aaron Lennon scores the goal of the draw.

Two German teams are competing in the Champions League Final 2013, the eternal opponents Bayern and Dortmund are disputing the title. On a score of 1:1 at the 89th minute, Robben doesn’t stop running and pushes the goal in the net just before the final whistle.

During the last match of the 2011/12 season of the Premier League, Manchester City and Manchester United are close to the title, City needs to win and to win for the goal difference with United. At the 92′, City is loosing 2:1 to QPR, but time stopped when Dzeko scores at the 92′, Sergio Aguero then strikes two minutes right after, making City winning the Premier League this season.

On 10 May 1995 Real Zaragoza from Spain compete against Arsenal for the UEFA Cup, after 2 halves of the game resulting in a draw, in the 120th minute, a midfielder named Nayim picked the ball and scored the goal, Zaragoza won the championship.

In October 2001, David Beckham made England fans hysterical after the national team was losing 2:1 to Greece. England needed at least a draw to qualify for the World Cup. After a foul England was granted a free-kick outside of the 30 yards box. A 26 years old David Beckham then shot a legendary free-kick that would save England from being eliminated.

During the group stages of the Champions League 2003-04, as Liverpool is competing against Olympiakos, the Reds need 3 goals to qualify for the next stage, or they are out of the competition. As the game goes, Rivaldo scores the first goal for the Greeks. As Liverpool managed to score at 47′ and 80′, they just have 10 minutes to score one more goal. That is when Steven Gerrard shot a volley directly into the net. Qualifying the Reds. One of the best Liverpool goals!

During the play-off of the English Championship, Leicester FC and Watford FC are competing. Watford leading 2-1 on the day but tied 2-2 on aggregate. At the 96′ minute, the score is 2:2 and a last-minute penalty is awarded to Leicester. Manuel Alumia, the goalkeeper of Watford realize and double save, the ball is kicked out of the danger zone, then a wonderful sprint and team action lead. Troy Deeney then scores a wonderful volley straight on in the net. The commentators turn crazy and fans invade the field!