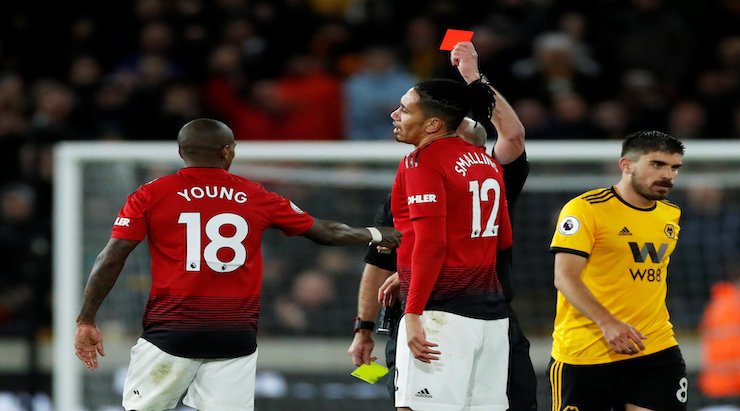 Being given a red card is NEVER a good thing. However, to do so at the very beginning of the match or directly after his appearance as a substitute is perhaps the worst thing you can do on a football ground to let your team down.

There have been a number of different red cards down the years which have impacted both the team as well as the player. Here is the rundown of the 10 quickest red cards of all time.

In 2005, a young Argentinian made his debut with Argentina national team. Introduced in the second half, Lionel Messi received the only red card of its career after only 40 seconds playing.

Playing against Manchester united in 2015, Steven Gerrard is set for replacement, 38 seconds after the change, he does a dirty fouls and get instantly a red card!

During the game between Birmingham City and Arsenal, the youngster Jason Crowe. Crow is substituted during the extra time but goes back to Arsene Wenger bench just after 33 seconds after committing a foul!

The red card shown to PSV Eindhoven defender Jetro Willems after just 29 seconds into the league match against NAC Breda has been admitted wrong after the referee admitted he had shown it in error.

Midfielder Richarlyson was introduced as a substitute at the start of the second half. After a few seconds of keep-ball, he was responsible for losing the ball in midfield. If the reason for the red card is unclear, Abade said later that Richarlyson had threatened and sworn at him, explain the sending off.

Alejandro Bernal from Atlético Nacional from Colombia made into Libertadores history after getting a red card with under 20 seconds of match facing Club Nacional from Uruguay .

During a match between Mes Sarcheshmeh and Esteghlal, Nader Fathollahi of Sarcheshmeh was awarded a very early exit after only playing for 17 seconds. He does a dirty tackle and gets send-off.

Playing against Wellington Phoenix in 2014, midfielder Ruben Zadkovich was only on the pitch for 17 seconds before being sent off. The midfielder immediately got in on the action with a tackle on Wellington’s player.

Just after the kick-off in the game between Ebbsfleet United and Farnborough, a defender does a backpass and Edwards had no option other than to try to smother the oncoming ball. As he tackled the forward to get the ball, he hits the opponent and gets sent off.

Usually, when you receive a red card, you don’t really find it funny, even more, if just after 3 seconds, well for 2nd division Gylfadas’s striker Serge Djiehoua it was not the case. He is hilarious after he gets sent off after 3 seconds of playing for committing a foul on an Olympiakos Volos player